Eating chicken with THE NEW YORKER

It was a mistake, thumbing through my Feb 2nd issue while sitting in front of my organic chicken breast, pan seared with asparagus, shitaki and portabella mushrooms - with roasted potatoes on the side. Oh, yes, delicious; the first chicken I have bought in months. But what loomed from the pages of the magazine after I had noted all of the cartoons and read the two poems, was a chicken outline filled with what appeared to be empty pill capsules and chestnut burrs. Oh, no, more likely salmonella! Did you know that there are NO contamination limits on chicken parts processed for sale in the USA. Not long ago the USDA found that "24% of all cut-up chicken parts  are contaminated by some form of salmonella." And, AND moreover, the most contaminated parts are CHICKEN BREASTS ( Consumer Reports: "a third of chicken breasts tainted with salmonella carried a drug-resistant strain"). Now you know. Needless to say, I have a queasy stomach this morning. There are no Federal rules because of the beef and pork lobbyists who fear that if chicken is regulated, they will be next. Read the article!
Posted by mary hayne at 6:51 AM No comments: 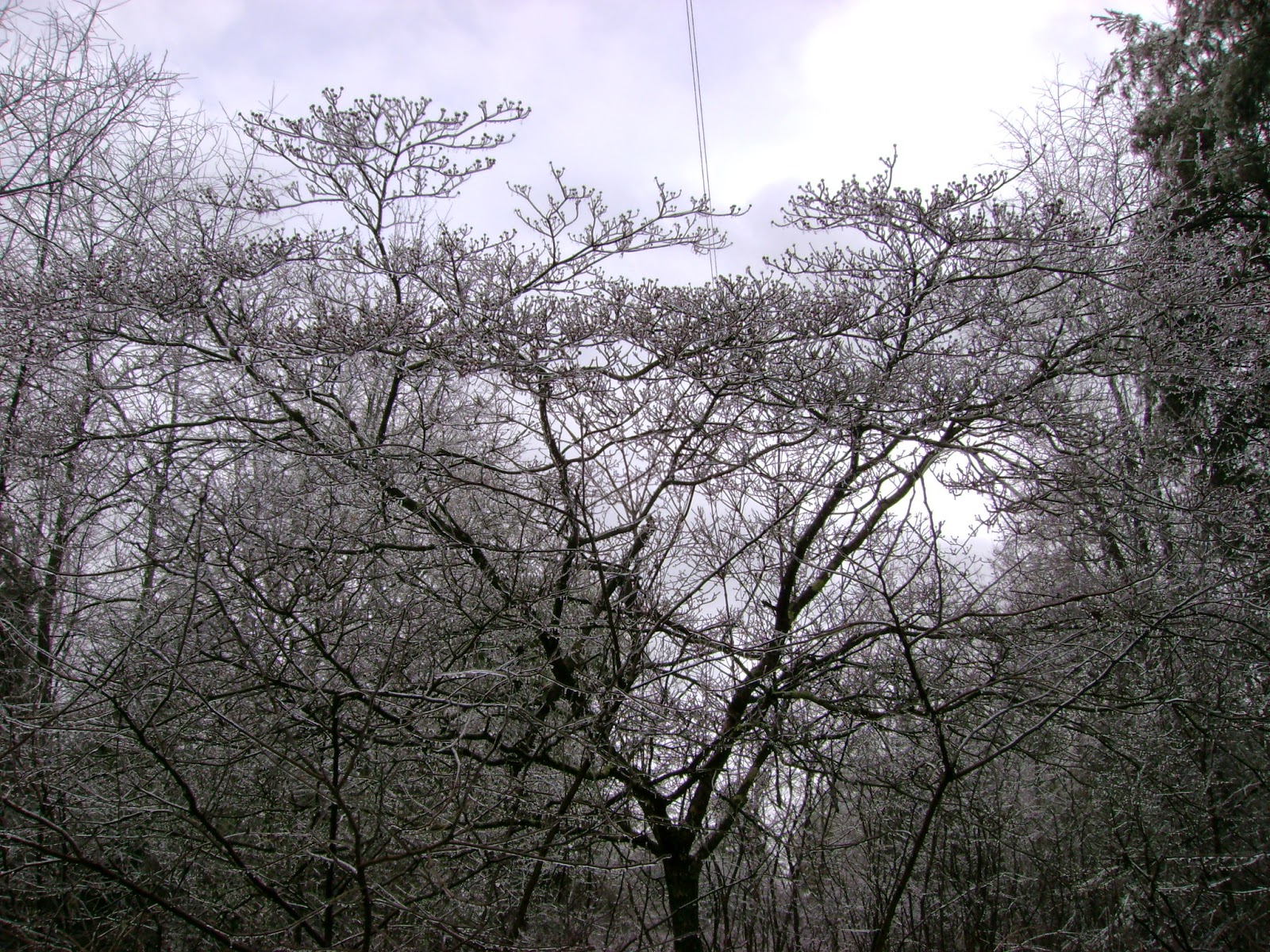 Yesterday the sun broke out and the temperature rose to 44. I noticed at 5:30 in the afternoon that the day was indeed growing longer. The chickens agree with the lengthening of our day: first egg of 2015 laid on Sunday. In celebration, I filled the laying boxes with pine needles.
We are missing a major snow storm moving up the east coast, scheduled to drop 1 to 2 feet of snow, with winds up to 75 miles an hour. In spite of a cold in my throat, I am dancing happy to see colors outside and no flakes.  My chickens are delighted too - they don't tolerate snow.
Mojo has excavated a foreleg of deer which now moves from spot to spot in the front lawn. A smaller bone was claimed by Mr. Lee who came to the door begging to be allowed in with it. I explained that it was an outside toy and he dejectedly moved off. But they are frequently in and out checking on their stash.
In a fit of wishful thinking, I followed the counsel of the League of Conservation Voters of VA email and called my state senator, Ralph Smith. I asked the young aide to give the senator my  message that hoped he would support an inventory of toxic sites, increase the penalty for polluters (now $10K - certainly nothing to any business), and support timely reporting to DEQ of any hazardous spill into water ways. You would think that all of these points would be no brainers. Oh, I wish. But to the Republican dominated Senate and House in this state who want the EPA to shrivel and die, these items will probably be made into issues thwarting free enterprise.  Nevertheless, I make an effort to call my representatives. Makes me feel like I made an effort.

Posted by mary hayne at 1:50 PM No comments: 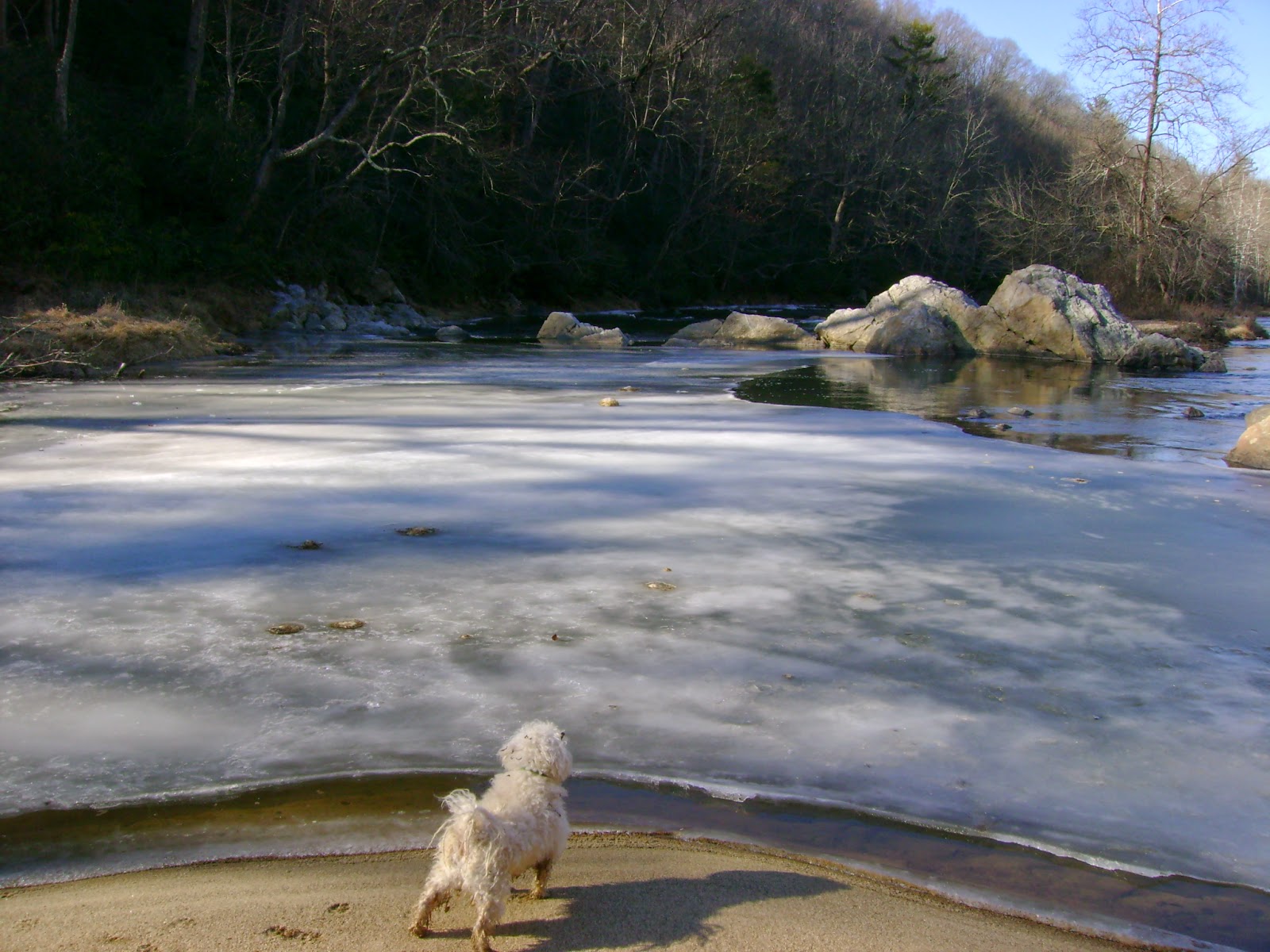 This was the swimming hole a week ago, today the ice coats pines and bare limbs - perhaps the roads but I am not venturing out. I had wanted to attend a Kalachakra Qigong workshop in Blacksburg, but ice and cold and cough are keeping me here. I found my card table in the shop this morning when i went to look for a new tub to hold water for the chickens. I broke the bottom out of a tub this morning with just a stick trying to break the ice - same thing happened with the other water tub when Diane was taking care of the birds. Some dynamic with twos as yesterday morning the fan downstairs in the dinning room would not work; the fan upstairs in my bedroom stopped working while i was in DR. I called Frank Walker who was good enough to come by and found that the downstairs issue was a broken wall switch; the upstairs fan is a dead fan as I had thought. Ah, so what odd thing will amuse me today? The decks are slick like skating rinks!
Posted by mary hayne at 5:35 AM No comments:

snow in the forecast 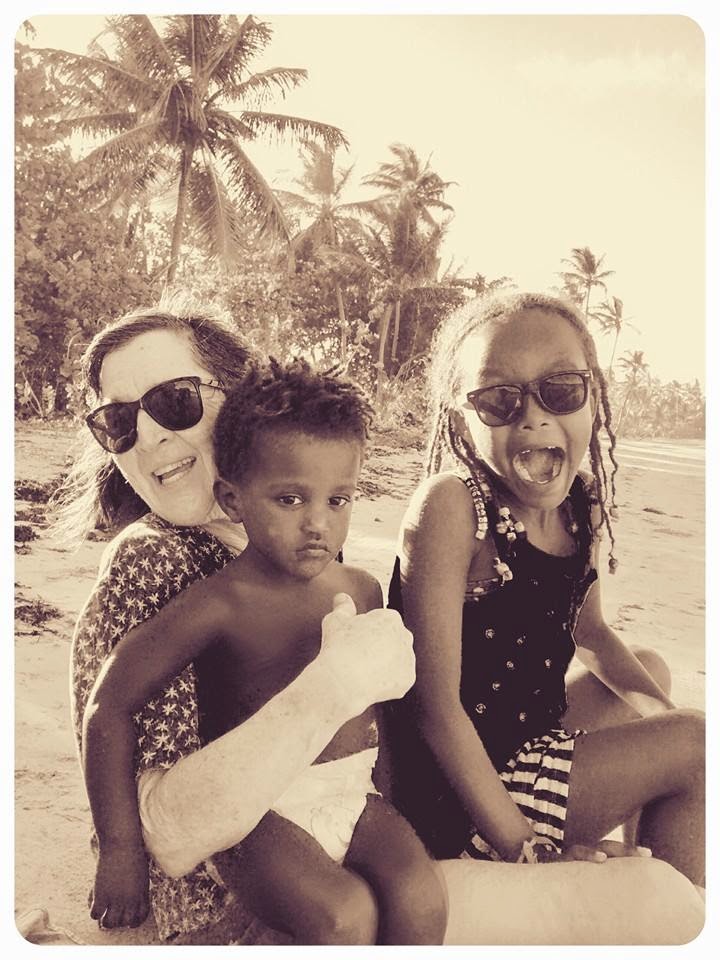 Let it snow, I've the beach in my bones still. I've sun and coconut palms in my head with small hands grabbing mine. I'm still tasting papaya with passion fruit or lime. I can feel the ocean rocking me. Let it snow. Well, just not too much!

Posted by mary hayne at 1:36 PM No comments:

Tugging back into here

False spring prompting a walk to the swimming hole where ice, thin and milky spans the space. How odd that I can stare at this beach, while playa Ballenas lingers and trumps. Two days ago I was with son and his family, now I am home again missing their faces so delicious with love. It was a wonderful trip staying in Las Terrenas in their rented house with long, wide front porch always shaded. Accompanying Pearl on the 45 minute walk to school, a small compound with open walls to the town surrounding it.Helping young True onto my lap to read his book, help open his case with puzzle blocks, or take apart the wooden sail boat and put it back together. Always the beach, everyday the beach! Everyday fresh fruit: papaya, passion fruit, mango, pineapple, bananas...avocados, limes.
Back to the ocean, watching Pearl jump from her father's shoulders again and again. True in his mom's arms, then in his float, then in the surf - happy under the water. We walked to the where a river, crystal clear, runs out to the sea - we waded in. 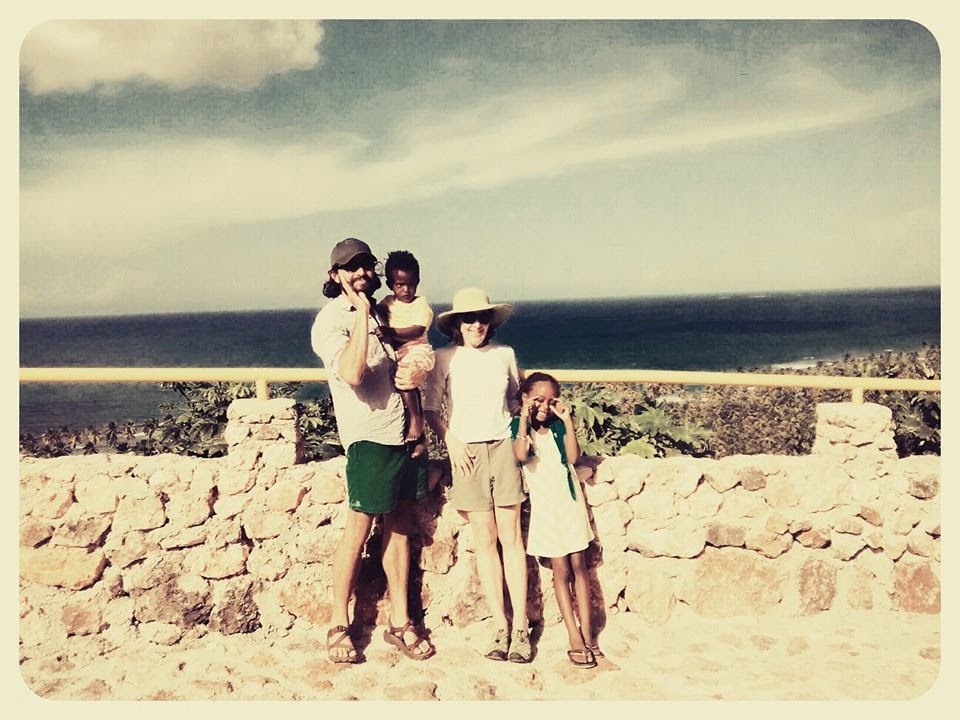 Laughing at myself holding an at least 40 pound suitcase while on small bathroom scale to see if I'm over the weight limit for international travel - can't see over the suitcase to know - twisting the heavy weight to the side, still just glimpsing the dial. I know from lifting 50 pound bags of corn that it isn't quite the maximum allowed, so I set down the case and decide to wing it - I can always transfer a few items to my carry on pack. I'm getting excited about my trip to Dominican Republic. Can't wait to see those faces - that match the tiny dolls in my heart.
I couldn't have picked a better time to leave, the coldest weather of the season forecast this week with a high in the teens and a low in the oughts. My body is ready to be shocked into warmth, or should I say heat. My toes and my fingers will delight right off, and my nose! Today on the second dog walk of the day, I tied my scarf about my face as the wind was a hurt walking up to the mail box and it wasn't even below zero. Tomorrow I will need more paraphernalia. 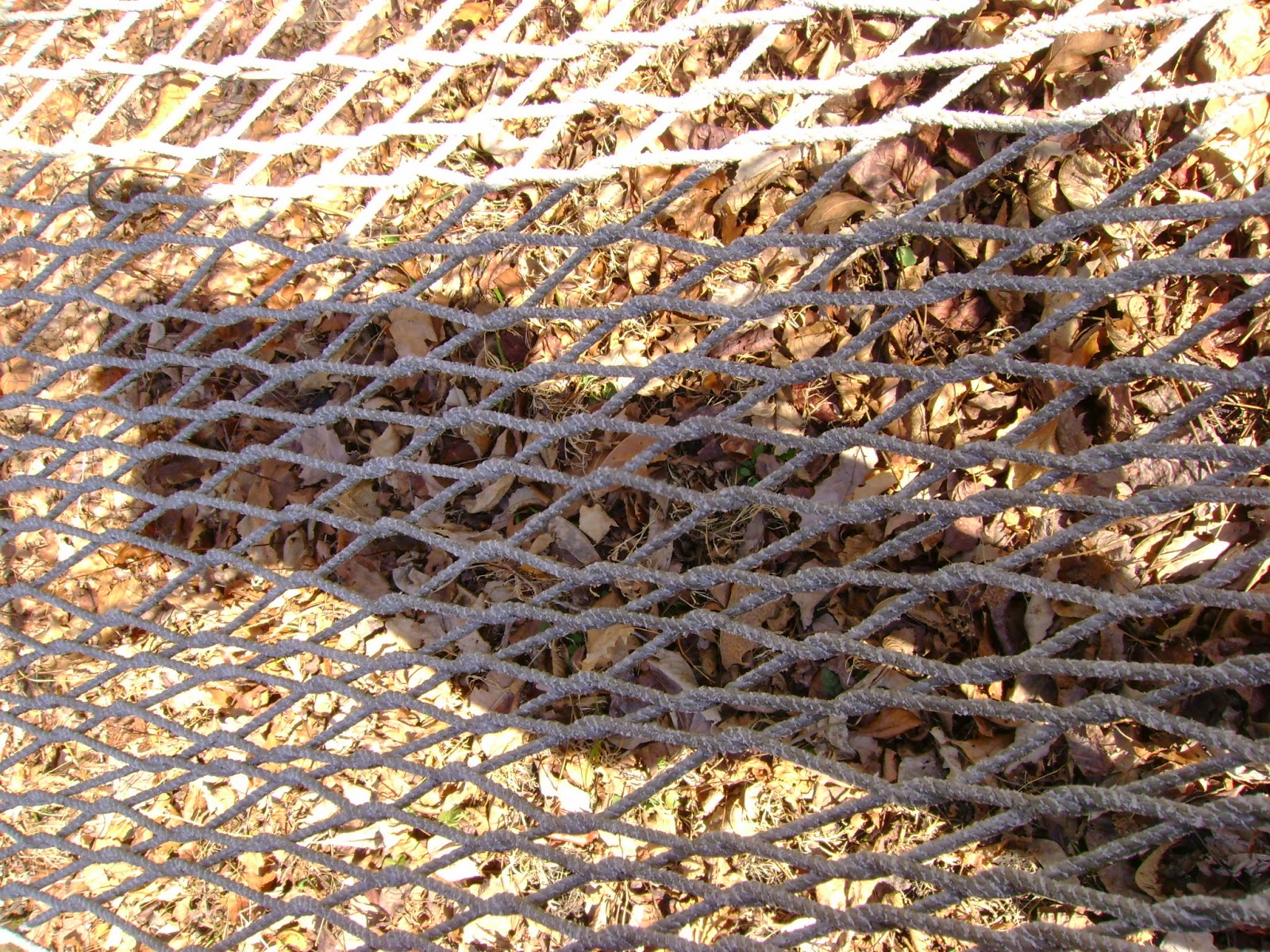 Posted by mary hayne at 1:56 PM No comments:

On the cold floor of the studio lay a not yet decomposed mouse which I grabbed by its tail along with a night light which was the impetus for my visit. How fortuitous to find it.
Mojo and Mr.Lee and I have just returned from the river; I have taken to kicking the old unbound soccer ball half way down - the dogs dislike my play as I have accidentally bounced into their flanks. Mojo now walks behind me, while Mr. Lee runs far ahead. The rain has not swollen the river or creek; but the chair was too wet for a good sit. I wrote something for Mojo walking back:


Sniff me a story, Mojo
standing rigid, nose twitching at the other shore -
your depth of field humbles my sight. 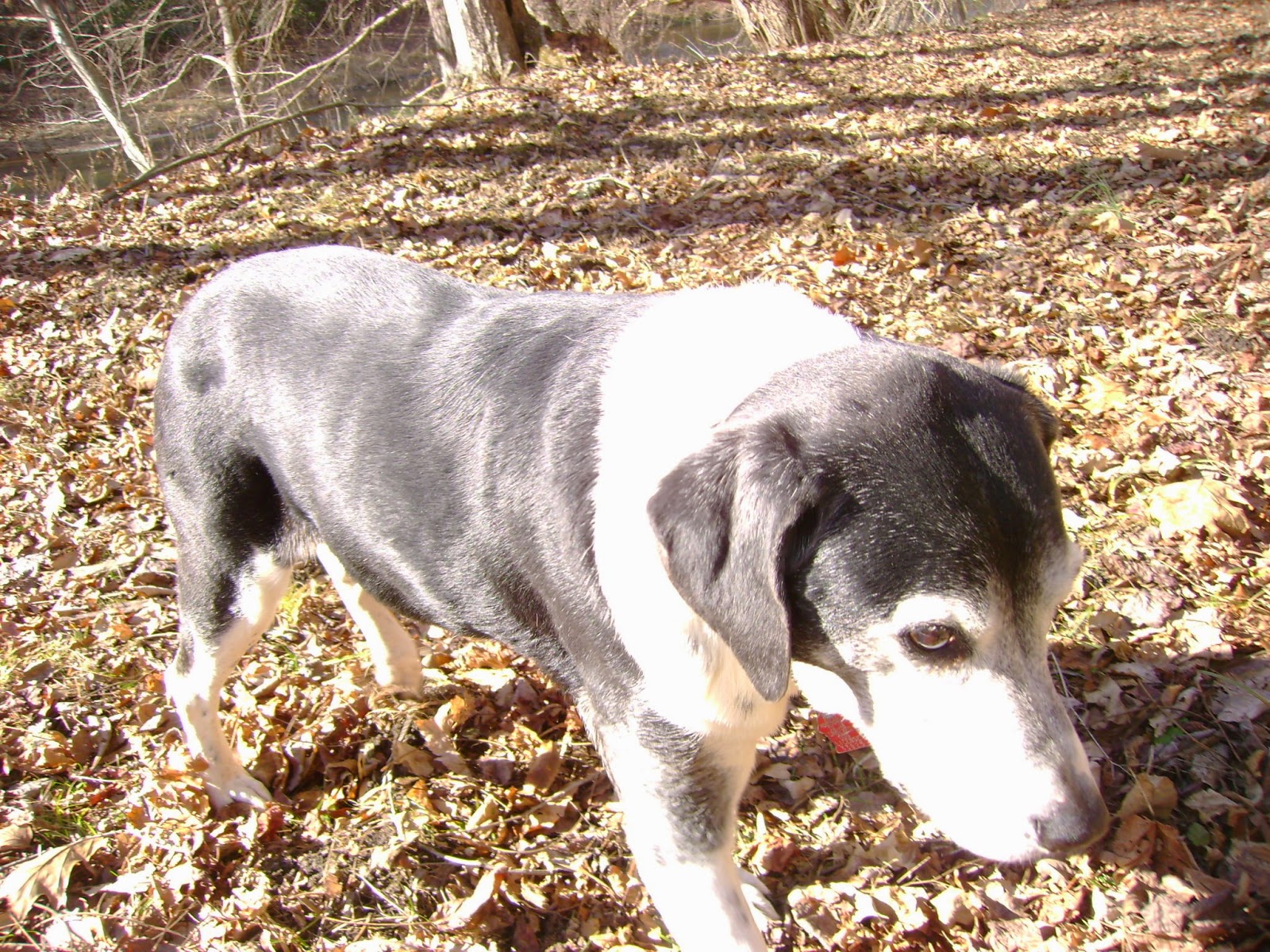 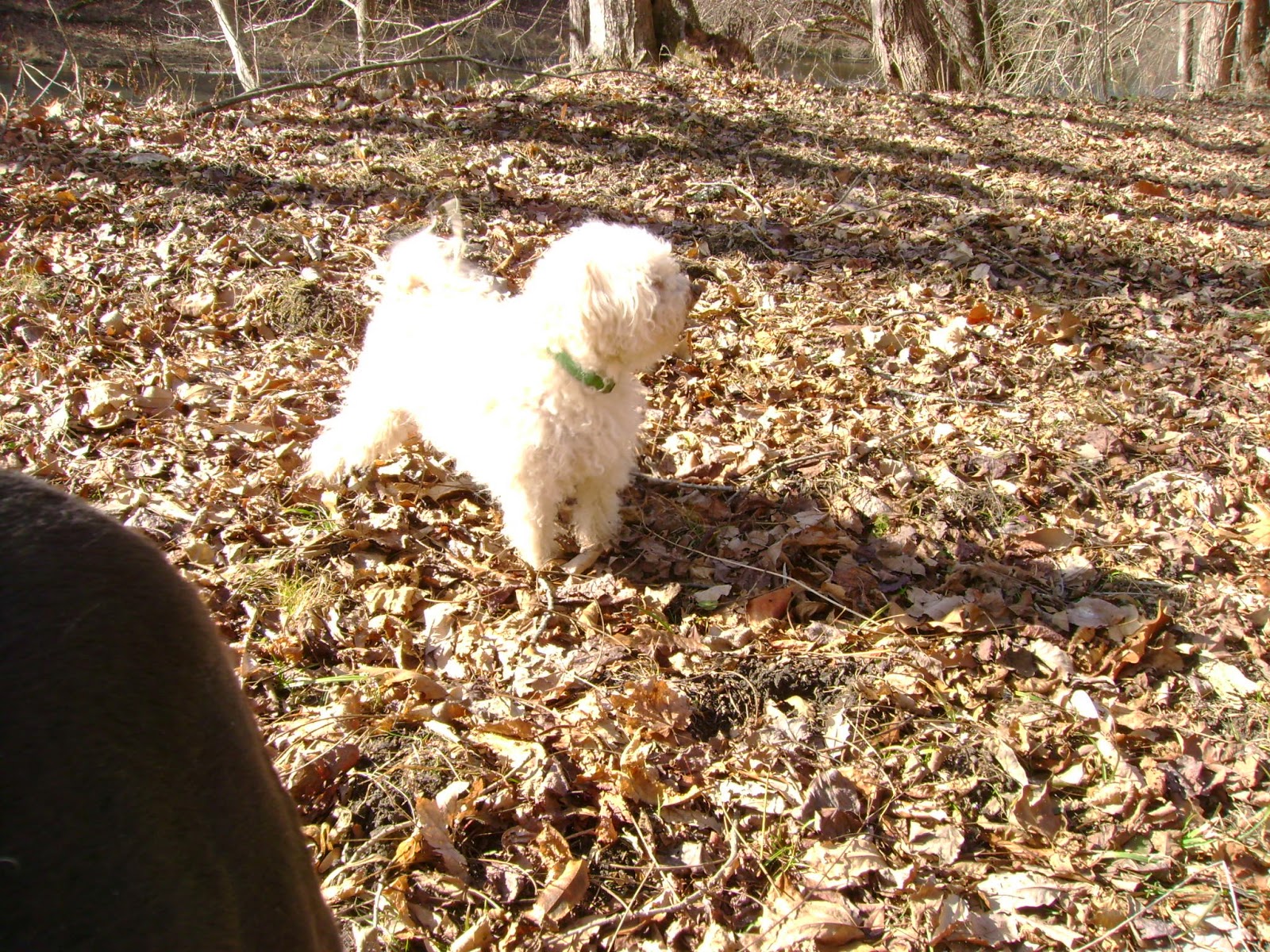 Posted by mary hayne at 9:57 AM No comments: